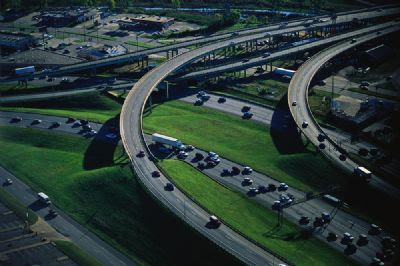 The newly allocated funding also includes $167.2 million from the State Highway Operation and Protection Program for 41 projects that will maintain and preserve the investment in the state highway system and its supporting infrastructure.

Continuing the push to rebuild and maintain California’s infrastructure, the California Transportation Commission (CTC) has allocated nearly $223 million to 108 transportation projects that will alleviate traffic delays, repair aging roads and bridges and encourage bicycling and walking.

Thirty-seven biking and pedestrian projects throughout the state will receive nearly $10.3 million in allocations from the Active Transportation Program.

“Allocations like those made today help Caltrans continue to invest in, maintain and modernize California’s transportation system,” said Caltrans Director Malcolm Dougherty. “Each of these projects is an opportunity to improve safety, access and mobility for all travelers in California, whether you choose to travel via car, bike or transit.”

The newly allocated funding also includes $167.2 million from the State Highway Operation and Protection Program for 41 projects that will maintain and preserve the investment in the state highway system and its supporting infrastructure. These capital improvements consist of projects covering maintenance, pavement repair and rehabilitation, safety improvements and upgrades to bridges throughout the state.

“Preventative maintenance is the most cost-effective means of protecting the state’s infrastructure investment,” continued Doughety. “We adopted a ‘fix it first’ strategy because for every $1 spent on preventative maintenance, we can save taxpayers up to $14 in monies that would have been spent on more expensive and extensive repairs.”

The allocations also include $2.2 million from Proposition 1B, a transportation bond approved by voters in 2006.

To date, more than $18 billion in Proposition 1B funds have been put to work statewide for transportation purposes. The remaining $43 million in allocations came from various state and federal transportation accounts.

Among the regional projects that received funding allocations were:

$1.9 million to reconstruct pedestrian facilities to meet Americans with Disabilities Act standards at 58 locations along Interstate 5 (I-5), and state Routes 54, 75, 78 and 115 in Imperial County.

$3.2 million to upgrade existing bridge rail end treatments at 40 locations on I-5, I-8 and state Route 52.

$3.1 million to seismically retrofit four bridges on Interstate 805 and on state Routes 94 and 125.


Source: http://www.constructionequipmentguide.com/Nearly-223M-in-New-Transportation-Funding-Approved/25711/
Posted by I-80 Forklift at 9:30 AM